To stay healthy in old age, pour a glass of red & cut a piece of brie 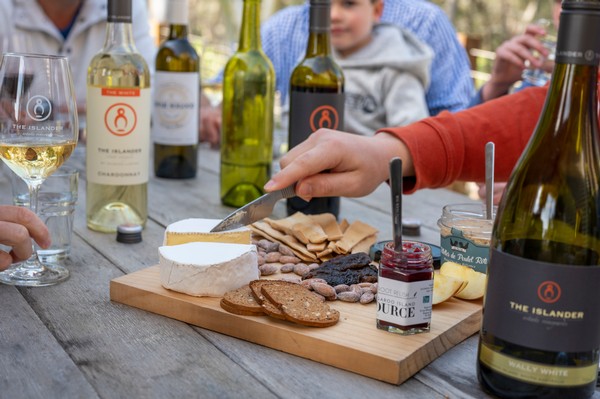 A recent study suggests ‘responsible’ consumption of wine and cheese could help to protect brain function as you age.

The study’s authors, led by a team at Iowa State University in the UK, examined data from more than 1,500 UK adults to explore links between diet and age-related cognitive decline.

"I was pleasantly surprised that our results suggest that responsibly eating cheese and drinking red wine daily are not just good for helping us cope with our current COVID-19 pandemic, but perhaps also dealing with an increasingly complex world that never seems to slow down," says lead researcher Auriel Willette, an assistant professor in Food Science and Human Nutrition.

The study, the first large-scale analysis of its kind that connects specific foods to later-in-life cognitive acuity – has found that particular foods and drinks, such as wine and cheese, are protective against age-related cognitive problems.

The four of the most significant findings from the study:

1) Cheese, by far, was shown to be the most protective food against age-related cognitive problems, even late into life;

2) The daily consumption of alcohol, particularly red wine, was related to improvements in cognitive function;

3) Weekly consumption of lamb, but not other red meats, was shown to improve long-term cognitive prowess; and

4) Excessive consumption of salt is bad, but only individuals already at risk for Alzheimer’s Disease may need to watch their intake to avoid cognitive problems over time.

In the study, 1787 people aged 46 to 77 completed a Fluid Intelligence Test (FIT) between 2006 and 2010, to get a baseline marker of their ability to “think on the fly”. They then completed two follow-up assessments in 2012-13 and 2015-16. The participants also answered questions about their food and alcohol consumption throughout the testing periods.

Find out more about the study here

Make a start on your health,
order red wine here

Being recognising in one category of Australian Gourmet Traveller Wine's annual Australia's Best Cellar Door Awards is compliment enough, but we're positively blushing at the recognition in the 20201 awards.

Kangaroo Island has a great range of Cellar Doors, each offering a different experience, a different approach & a range of cool-climate wines to explore. Everything that helps promote our island wine region is a positive and of course we don't mind when we share in the recognition.

Jump over to GT Wine Magazine to read their fantastic write up on our region & our other great winemakers to visit. Thanks so much for showcasing Kangaroo Island wine. Read Here

Vintage 2021 - Our return to the business of wine 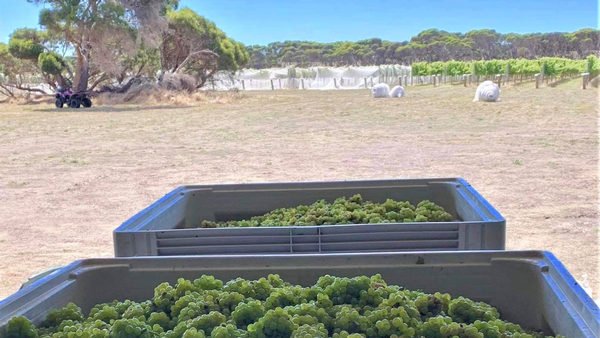 Vintage 2021 is the first page in our new chapter

This time a year ago we were still coming to terms with the impact of January's fires.  Jacques Lurton was here taking steps to protect our precious wine stocks.  Yale Norris focussed on the endless task of fire recovery which would take many more months and included the very difficult move of cutting down a good proportion of our vineyard to aid its regrowth. The path ahead was long & unclear. There have been innumerable challenges to overcome since. 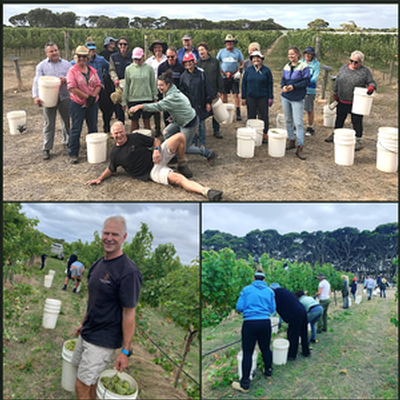 In a huge contrast, earlier this month we returned to the business of making wine with the first pick of Vintage 2021. We did so with the help of an amazing group of customers, friends and supporters who volunteered to help us hand-pick Sauvignon Blanc and Tempranillo from Michael Lane's vineyard at American River.   It was a truly uplifting way to get back to business.

Since then, our General Manager Yale Norris has been working tirelessly to ensure we can offer our customers the complement of our wine ranges from vintage 2021.

We’ve sourced some amazing fruit from Kangaroo Island growers and a little further away in McLaren Vale where we needed to. 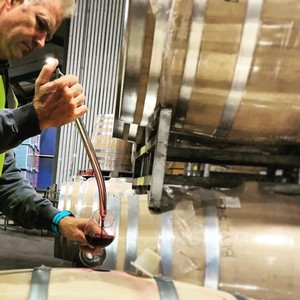 In our cooler maritime climate on Kangaroo Island, many of the red grapes are still ripening, but we have some fantastic Sauv Blanc, Semillon, Rose, Tempranillo and Malbec all fermenting &/or ageing.

This is a vintage unlike any other in the history of The Islander Estate Vineyards and one we will never forget.  But for us is a step that means we have left recovery behind and are rebuilding our business each and every day.

We look forward to introducing you to our Vintage 2021 wines.